The 5 Most Common Driving Offences

There are lots of ways in which we can break the law while driving. Below are some of the most common offences, the penalties they typically carry and how you can prevent yourself committing such an offence.

Speeding is by far the most common driving offence. Since 2011, the number of speeding offences has risen by 5% each year in the UK. The minimum penalty for speeding is 3 penalty points and a £100 fine – although some people are given the option of going on a speeding awareness course.

If you’re a serial speeder who keeps getting caught, it could be time to start slowing down. There are lots of measures you can take to break the habit of speeding from leaving more time for journeys (most people speed because they are running late) to installing a black box/speed limiter.

85,000 people are convicted of drink driving every year. Drink driving can carry serious penalties. These include temporary driving bans, fines and sometimes imprisonment. Employers will also be able to see this conviction on your record and it may affect your ability to travel to certain countries. Even if you do manage to drive again, you may find that your insurance rates are very high afterwards.

All in all, it’s important to know the legal alcohol limit before driving to avoid the penalties (not to mention the danger you could cause). In most cases, it’s better to drink nothing at all if you plan to drive – either leave your car at home when going out or plan to consume non-alcoholic drinks.

There are thought to be 2 million uninsured drivers in the UK. Many of these drivers get caught. Driving without insurance can carry a hefty fine and usually 6 to 8 points or a disqualification.

A lot of people drive without insurance because it’s so expensive or because they cannot apply for insurance due to a previous conviction. While insurance can be difficult to obtain, skipping it altogether is not worth the penalties. Take the time to shop around for insurers – there are providers like One Sure Insurance that are able to insure people who may have had penalties, as well as helping you to find cheaper rates. You should also consider the car that you are trying to insure – some cars are easier to insure than others.

Another common offence is driving an unregistered or untaxed vehicle. This can result in a fine. You may also have your vehicle towed away.

Always register and tax a vehicle the moment you purchase it. You can do this online and it is generally not very expensive.

Using a phone while driving

13,000 people per year are convicted of driving while using a mobile phone. You’ll usually get 6 penalty points for this and a £200 fine. Avoid the temptation to look at your phone while driving by turning notifications off and storing it somewhere you can’t reach while driving. Alternatively, set up hands-free calls so that you can still take calls without having to touch your phone (check out this guide at Lifewire on how to do this).

3 Ways For Drivers To Avoid Tickets

Even the best drivers might end up getting a ticket at some point in their lives. Maybe you just thought that you’d be alright driving slightly above the speed limit or maybe you parked in the wrong place without realizing. Whatever the reason, getting a ticket is a real pain because the fines are so high and you’ll get points on your license which means that your insurance is likely to shoot up as well. That’s why you need to do everything that you can to avoid it at all costs. If you’re worried about getting a ticket, these are the best ways to avoid it.

If a ticket comes through your door and you don’t think that you actually did anything wrong, you shouldn’t just accept it and pay the fine. You need to challenge it and if you can prove that you weren’t in the wrong and there has been some kind of mistake, you may be able to get it written off so you don’t have to pay and you don’t get any points on your license. If you’re not sure about how to challenge a ticket, there are companies like TicketBust that will help you through the process. In most cases, you only have a certain period in which you can challenge a ticket so don’t wait around, get to it right away and hopefully, you won’t have to pay it at all. Even if you did do something wrong but you think that the fine is too steep, you might be able to get it reduced so it’s always worth challenging them.

So many people get stopped and caught for drink driving because they misjudge how much they should drink. The legal limit is very low and different people are affected by alcohol in varying amounts. You could also be affected more if you’re tired or you haven’t eaten recently so you can’t always assume that one drink is safe. If you want to avoid a ticket, it’s best to steer clear of alcohol entirely if you’re driving or if you do have a drink, make sure you leave at least an hour if not longer before you drive again.

Most people aren’t speeding just for the fun of it, they’re speeding because they’re in a rush to get somewhere and they’re going to be late. If you’re not a very organized person and you find yourself in this situation a lot, it’s only a matter of time before you get a ticket. The thing is, you can easily avoid this if you just plan a little extra time for your journey, especially in the winter, and make an effort to leave on time. It’s better to arrive early without a ticket than it is to speed there and arrive with a big fine to pay off.

Always remember to drive safely and stick to the rules of the road and you should be fine. In any situation where you are unsure, being overly cautious is usually best.

Myths about Female Drivers and the Truth behind Them 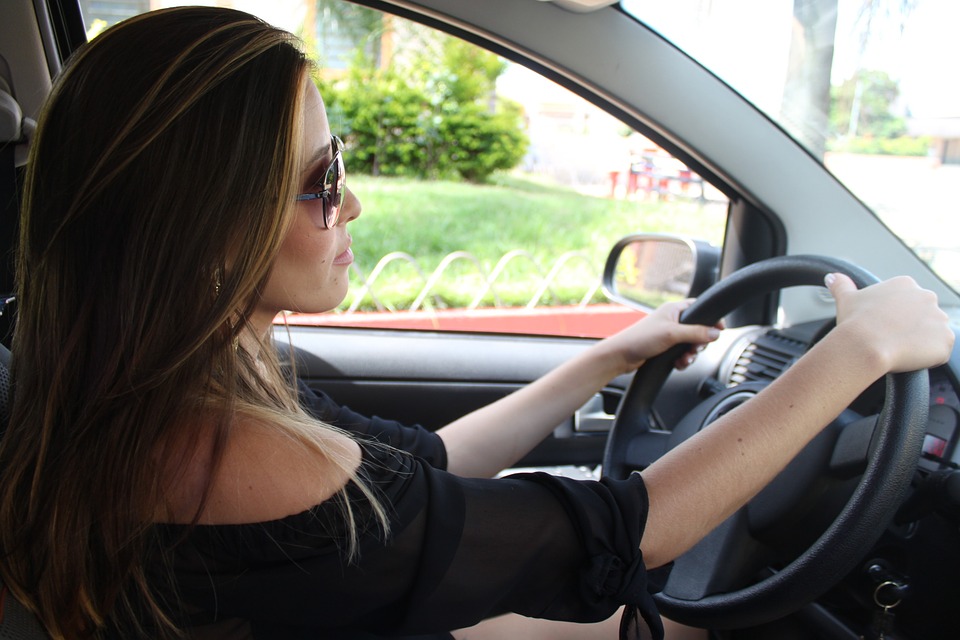 It seems like not one day can pass without hearing a blatantly sexist joke. Women are teased on a wide range of topics, from their obsession with shoes to having to be “in the kitchen”, but all of them have one thing in common – women as the punch line. One of the most frequent jokes is about women being bad drivers, with endless videos of women struggling to park cars or driving slowly (like there is anything bad about not rushing). And I think we all know it, but let’s set the record straight once and for all: women being bad drivers is a myth. And here’s some proof:

People like to say that women cause more traffic accidents than men because they’re easily distracted, put on makeup while behind the wheel or simply are bad at driving. But if we look at the numbers: 71 percent of all fatalities on the road are caused by men. And you might say that it is because there are more male drivers overall, but actually, women have surpassed men in that department and there are more female drivers than ever. Sorry, guys, you will have to find a better excuse than just saying that an accident was caused because there was a woman behind the wheel. 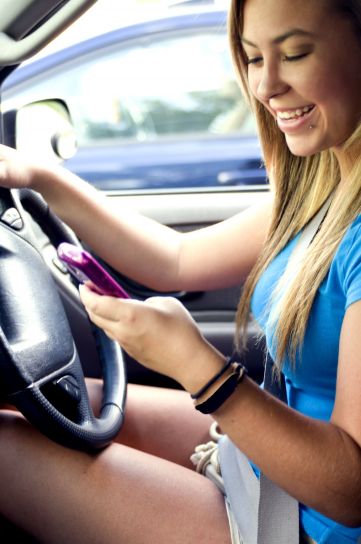 Women have been blamed for being reckless drivers not because of any natural hand-eye health problems, but mostly due to typical female stereotypes. It’s said that women put their makeup on while driving, look at their phones more often, talk to other people and even stare at their own reflection rather than the road around them. These are all absolute lies. Men are commonly caught for drunk driving, ignoring the traffic rules, speeding and running a red light – all resulting in crashes nearly twice as often as in women. So, I think the “careless” argument could use some reconsidering.

This one is actually true. Male drivers make up for a little over 60% of miles driven, but that number is gradually getting even as well, since women have started being economically independent, having their own cars and simply driving more. So even when we factor in all of those things, and take into consideration the hours driven, statistically, men are still worse drivers than women. Luckily, the overall number of traffic accidents involving both male and female drivers has gone down, but perhaps we’ll see it drop even more as women start taking over the roads.

It seems like every time a female celebrity has been caught violating traffic rules, the media uses her as an example of women being bad drivers. In fact, when any woman is driving badly, she is considered a proof of the myth, but when it happens to a man, he is simply an exception. Stereotypes aside, I think we can all agree that everyone who wants to drive can find an amazing, affordable driving school and learn all they need to know in order to be a good driver. Furthermore, we are terrible towards each other on the road, so next time you see someone crawling down a highway lane, instead of laying on the horn and making them feel bad, simply overtake them and continue straight on.

It seems that we have started to move on from juvenile jokes that put down an entire gender over an absolute myth, and I look forward to the day when we can all respect each other as drivers, without guessing the other’s capabilities simply based on one’s gender. So, what can you do? If you were never the one to tell jokes like these, then call out people who do, and teach them the real truth. If we all had more confidence in each other, we would all be a lot safer while on the road.