What is live streaming TV apps?

Not to be confused with what cable companies, Netflix, or its competitors offer, which are on-Demand TV… Live streaming apps are exactly what they claim. They’re Live videos! Forget the high-quality film or the endless cuts and edits, live TV is footage, on the spot, with mistakes and all.

The best answer… Just about anything. From the silliest of videos to the professionals, live stream is a newer media outlet for all. Back in 2015, millennials around the world shed a silent tear when Twitter shelved the beloved video-looping app, Vine, just as it was becoming a household name. This made way for live streaming apps to hit the market. The coolest thing about live tv streaming is there wasn’t the same time restraints that Vine had. App subscribers could broadcast an hour or more of then sharing their talents. Talents that included gaming, magic tricks, singing, gargling, sleeping and ranting. It became an outlet for anyone brave enough to take a video of themselves on their phone.

How to find ‘the goods’ on live stream?

As Andy Warhol once said, ‘In the future everyone will be famous for 15 minutes’. Live streaming is full of a ton of videos. I know, it kinda sounds like finding real talent and entrainment could be like finding a needle in a haystack. (Forgive the cliché) So how do you find ‘the goods’? Finding out which are the hot streaming apps will lead you to the best entertainment. It’s not as difficult to find as one might think. But if you don’t pay attention to the trends you might end up wasting some precious time.

What are the hot apps?

The best apps are the ones that you’ll catch wind of. Just like our late Vine, word of mouth and advertising catapulted Vine and its stars to becoming a household name… almost. The app was brought to the attention of baby boomers and Gen X’ers when Vine star, Hayes Grier, appeared on season 21 of Dancing with the Stars. Sadly, shortly after his appearance was the shelving of Vine, but good news, it didn’t stop Hayes from his TV days. So, just like that… good apps will be talked about. Most are free, with options to pay for VIP memberships or in-app purchases. But free or paying apps don’t determine great entertainment. Great entertainers will get the word out on where you can actually find them. They will use their social media profiles to help sway their following to join them on their app channels.

For example, a lot of big-name female broadcasters are leaving their current streaming apps and moving to the female driven app, Sensestar. This app has just undergone a serious scrub to clean out the junk and revamp its SEO. Their goals are bringing back true elite professionalism and actual entertainment by women to live TV, instead of being oversaturated with raw nonsense. Amateur female artists are always welcome on this app, but this company believes in the vetting process to find and showcase real deal talent to the world along with the message of women empowering women. This is a huge plus for incredible, talented women who want to share their gifts and message without being dimmed by the stigma of the backroom ‘cam-girl’ movement. The goal of Sensestar is to create the greatest show, as a whole, for viewers.

Live streaming is the future

Humans are a visual bunch. That being said, it was a huge surprise back in the early 2000’s when radio stations started with webcams in studio. Yes, we want to be entertained audibly, but to gain another sense and see what happens behind the scenes was ground-breaking. Eventually, it started taking off. In 2011, Dish Nation, the reality show of the best radio clips, tested and was a hit!

Fast forward to today… Social media offers live TV that benefits companies and individuals to share their products and stories with friends and followers alike.

Live streaming apps take it to another level of consistent entertainment that can make you laugh or cry, learn or teach, or simply discover a new form of communicating and interacting. It is more than a social media story that will disappear. Live streaming can be found for replay, but like podcasts, followers can find specific times to watch their favorite streamers.

The coolest bonus of live stream is the ability of interacting with the talent. If you haven’t seen a live steam party on Facebook, people can type in questions or comments and the streamer can answer immediately. Gaining knowledge is the greatest gift of live streaming TV, unlike reality TV, which doesn’t seem to lack in most cases. Live tv is reality tv, one on one.

Live streaming isn’t difficult to watch or learn how to use, once you are able to wrap your head around the basic concept. Gamers have been using this process for years to play one another around the world. Yet, it has grown so much that other individuals will watch gaming tv streams to learn how to level up on their favorite games. What an amazing use of live streaming TV! The learning possibilities are endless.

It’s time for us all to level up and understand this is the future, now, of internet communication and entertainment.

We are all beautiful, gifted creatures. The purpose of a successful life is to help others. Are you interested in contributing more to the planet? Do you have a skill you want to share? Do you have the desire to teach people something? Sensestar is currently looking for talent to submit ideas and material. If you are a female that feels you have an amazing talent you should share with the world, go to Sensestar for more information.

5 Tropical Wedding Destinations of Your Dreams 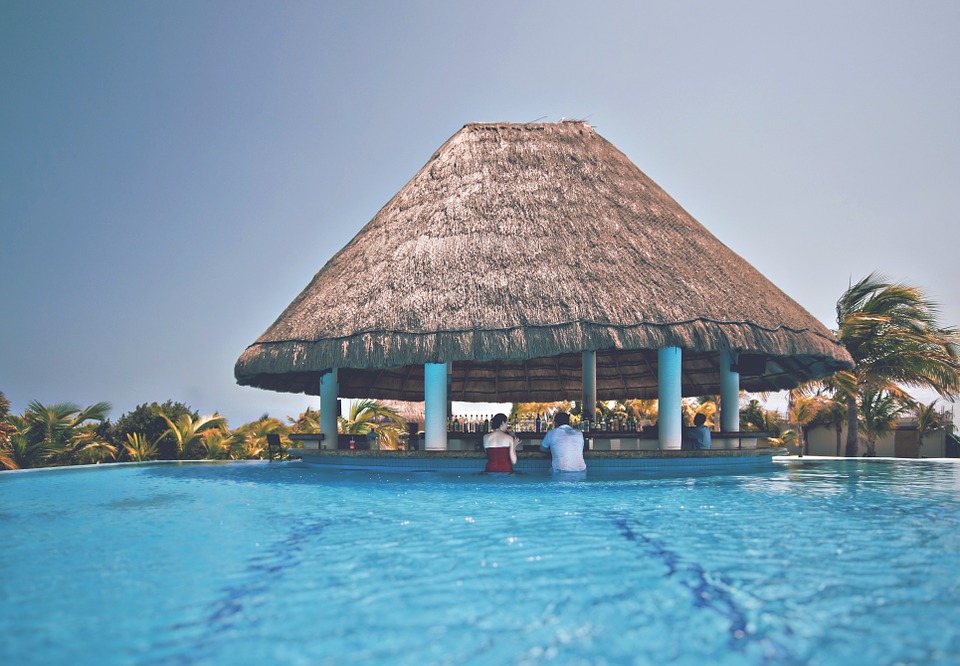 Planning a wedding is never easy but it’s also a lot of fun! If you’ve always dreamed about saying the faithful “I do” at a magical and exotic place, then you’ll definitely want to look into the most popular tropical wedding destinations. It may be more challenging for the organization and planning in some aspects, but, on the other hand, these places also provide special wedding packages to make the whole burden of preparation a bit lighter for you and your spouse-to-be. If you’re still thinking about the perfect spot in the world for your big day, take a look at the following destinations.

If you want to make sure that you start off your married life happy and fulfilled, you may be interested in joining hands in one of the happiest countries in the world. Costa Rica, like other places on this list, is a perfect choice for couples looking for something truly special and magical that can also become the best place for a honeymoon. The breathtaking nature of Costa Rica will leave everyone amazed, and there will be plenty of sightseeing and exploration to do. From magnificent beaches, waterfalls, rainforests and even volcanoes to gorgeous black and white sand beaches, Costa Rica is the ideal destination to start your life journey together. 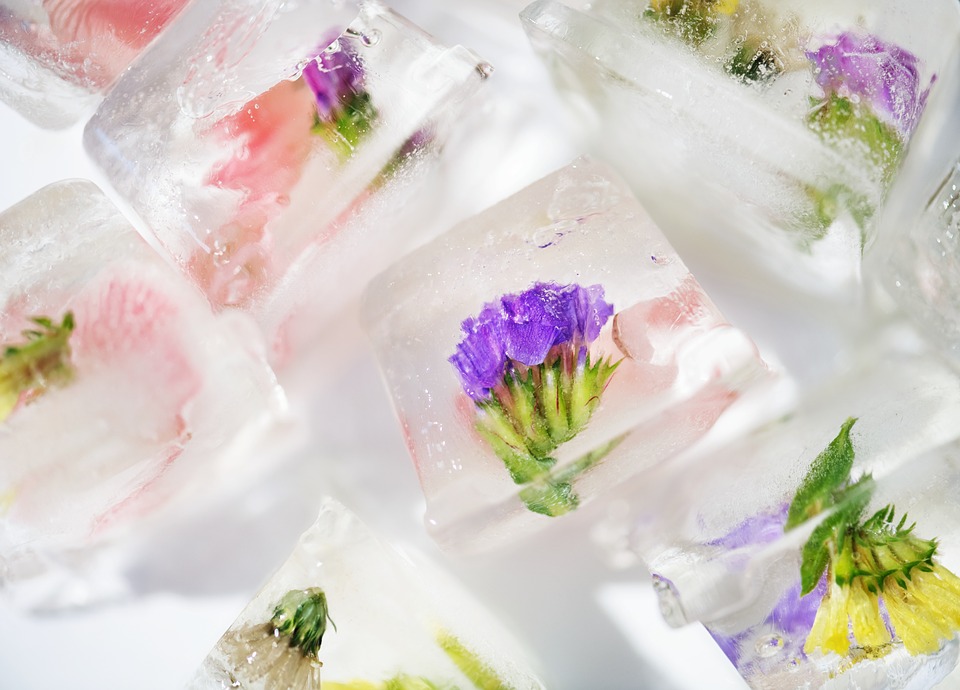 Those of you that are true Moana fans would definitely enjoy a trip to Tahiti for this happy occasion. Among all the Tahiti islands, Moorea is undoubtedly the most picturesque place to get married at. The greenery of mossy mountains paired with the bright blue of the lagoons make this particular place in the world absolutely mesmerizing. Not only will it allow you to enjoy its beauty and endless adventure, but it will also serve as an amazing backdrop for all your wedding and honeymoon photos wherever you decide to snap a pic. Of course, you’ll get to experience real Tahitian culture and sing songs to celebrate your love and future.

Want something spectacular when it comes to both natural sights and modern entertainment? Then Australia is the ideal wedding destination for the two of you. What’s more, the guests will have so many different options for fun time as well. Australia is an amazing country as it allows you to customize your memorable wedding experience however you see fit. From astonishing beaches and venues that will make for the most magical beach weddings you could ever think of, to more whimsical settings. For instance, you could go for the lush Paronella Park that allows you to get married in a castle surrounded by amazing wildlife, and even Taronga Zoo, for those of you looking for both elegance and adventure. As you can see, Australia is the ideal tropical place to be for couples who want their wildest dreams fulfilled.

One cannot discuss tropical wedding destinations without considering Jamaica as well. After all, this place is famous for tropical weddings and its beauty. The island is covered with white and golden sand as well as rich mountainous foliage, while almost every hotel in Jamaica has several different wedding packages for couples to choose from. Due to the mentioned popularity of the destination, it’s very easy to organize the whole wedding with almost no hassle on your part. Obviously, this Caribbean Island is full of places to explore and adventures to discover, and is also the perfect spot in the world for the ultimate relaxation as well. Essentially, Jamaica has it all for both your and your guests’ comfort and enjoyment. 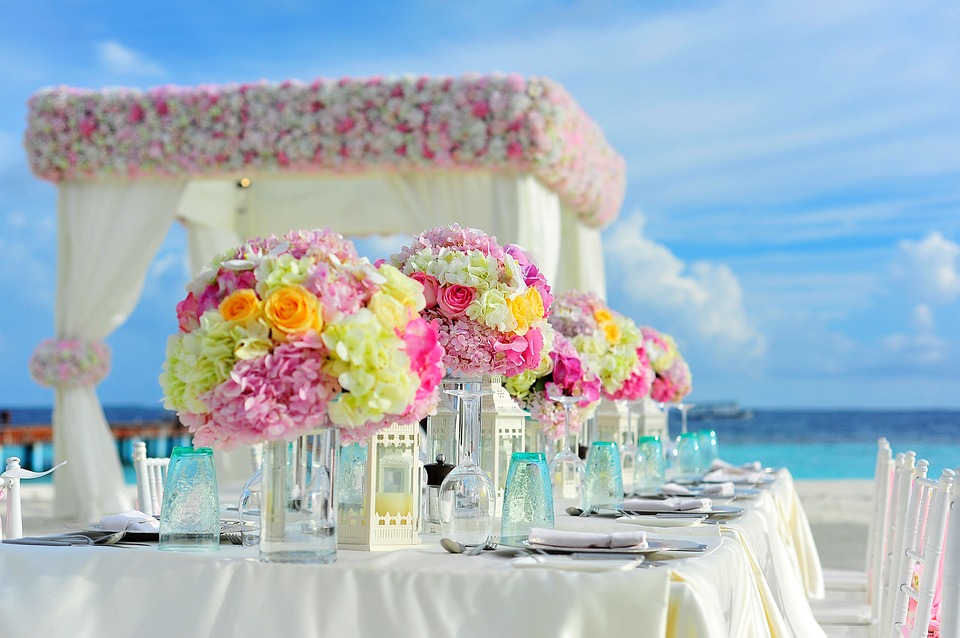 In case you’re interested in a tropical destination that will have enough fun and entertaining options, together with breathtaking nature but also very private and secluded spots that just scream romance, Punta Cana island in Dominican Republic is definitely the place to choose for your perfect wedding day. As mentioned, you can choose private beaches for your wedding day, but also enjoy colorful and vibrant villages and amazing service. In the end, you can get the best of both worlds, and customize your stay however you want. After all, Punta Cana also has plenty of fun activities such as water sports, surfing camps, catamaran excursions, etc. so that you can easily pick something more exciting, while relaxing time in the villages and beaches will always wait for you.

Don’t give up from your tropical wedding dream just because you think it’s too difficult to pull it off. As mentioned before, these destinations are popular and have plenty of wedding packages to make things easy for you. It’s true that you’ll have to start your organization and prep sooner than later, and seriously take care of all the tasks, but the wonder, beauty and magic of starting your married life somewhere absolutely beautiful and slightly mysterious will definitely allow you to make the fondest of memories.